December 9, 2015
Mike Allwright
Photography to establish a sense of purpose 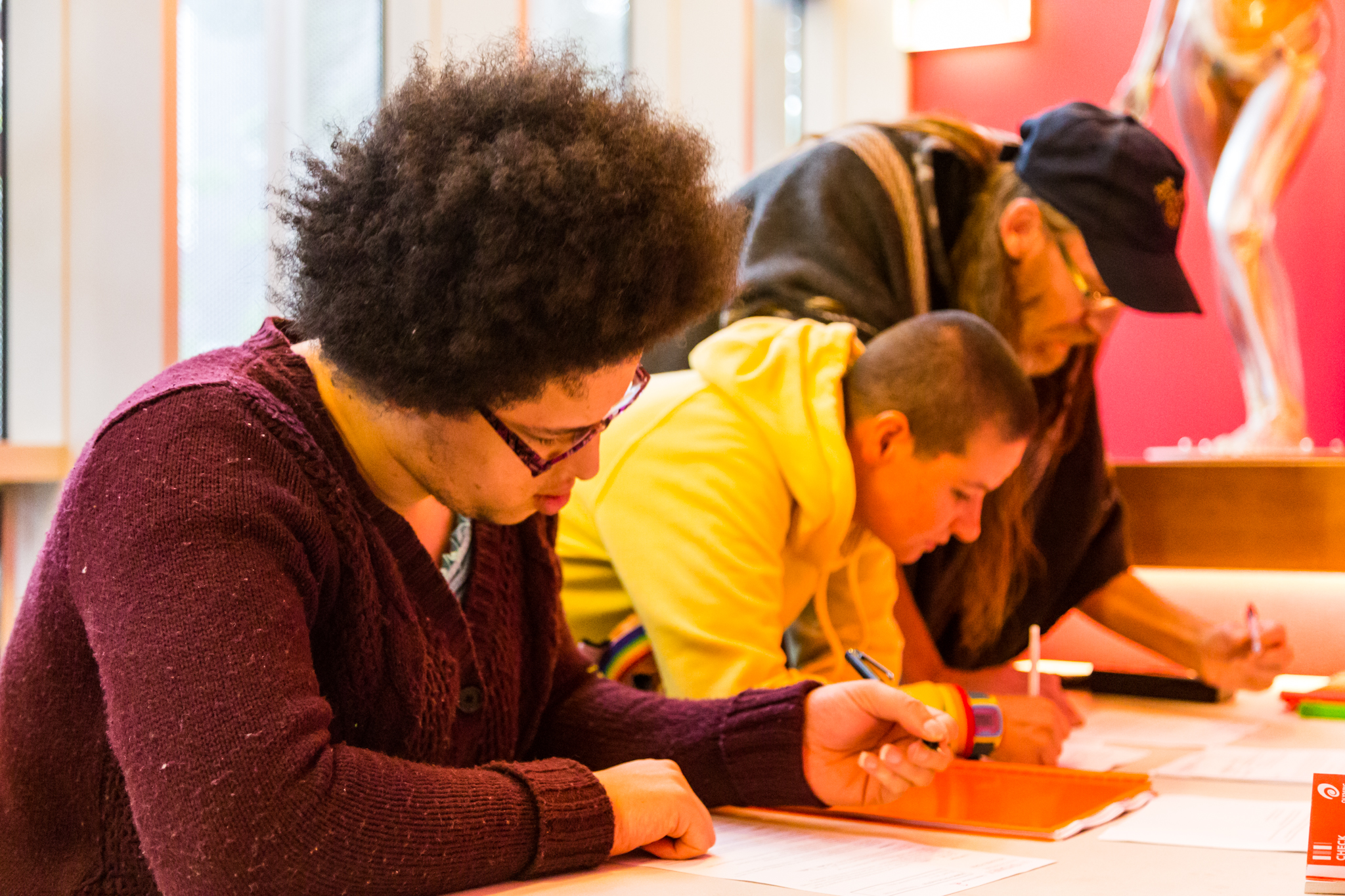 “I am usually very nervous. I have anxiety. But when I had the camera, I had a sense of purpose. It made me take risks, like talking to the man with the dog.” This is what Lorelie/Leroy, a bigender participant with 2 shots featured in the calendar said to me one afternoon last week. The shot of companionship – doesn’t this seem to be a theme throughout the mylondon and mysydney competition? - in which bonds between dogs and humans come to life through photography was Lorelei/Leroy's reward for this newfound audacity.

I was frantically collecting stories to get everything we needed for the calendar. We’d been running around, promoting mysydney in cafes, accosting strangers to get a public vote of the images, harassing the Wayside Chapel as we collected the final cameras. Amidst this chaos we sometimes fell out of a natural flow. But as I rush to meet one of the participants, Katherine, to get her story, I realise why I am doing this.

Katherine immediately calms you, she sits there patiently waiting to go through the short pieces she’s written me about each photograph. She basically has love to share and wisdom to give, and she happens to be a great photographer who has found herself often struggling financially. She immigrated from Vietnam back in 1998, and since then has struggled to fit into Australian society being frequently tempted to go back. In such moments, she has a special place she returns to – on the harbour bridge she will look out between the metal bars at the sea and the opera house. "I always feel positive when I see the harbour bridge – it tells me to be strong” she says, “I feel the feminine energy of the opera house saying " I’m always here for you, I love you"”. This is the shot that, after a group of critics including the Director of the Royal Photography Society and a large number of public voters, was crowned as the winning shot. It is also the view that kept Katherine in Australia.

I am slightly overwhelmed by this, but then a daughter and her mother come over. “The dog ate my camera” said Jessica Rosse, with youthful energy, and who it transpires looks after 9 dogs despite living near the poverty line. “So I used mum’s”. There’s a great rapport and love between mother and daughter who both show so much gratitude to being given this chance and spotlight. I ask them questions about the pictures they took. “The jacaranda trees are beautiful at this time of year” said Jessica, who found it relaxing and calming to look at the sky through the Jacaranda trees before an impending storm. “I just loved the outline of the birds – I loved how that was all you could see” she said, leaving the rest to the imagination.

As we sat there, a young man in a bit of a state came over –he was upset regarding his uncle who had died. He couldn’t afford the bus to get up to Queensland. We all sat for a while. Jessica and her mother were a tower of strength to this man right now and they gave what they had to give – love. I was reminded once more why Sophie and I embarked on this journey some months ago.

Finally I found myself talking to the Kiwi couple Larah and Matt. They were both dreaming about travel. “I want to see a white Christmas” said Larah. They produced a great shot of signs t night pointing to farway places. But this shot came in a frustrated moment – as they were arguing. “You go there”said Lara, pointing back to Auckland “ and I’ll go there” she said, pointing to Frankfurt, where there is surely a white Christmas to be had.

Wayside Chapel have a motto: Love over Hate. It is simple. Despite, no because of our diversities, there is a greater opportunity to connect, love and learn. We each have dark and light sides, things we care about things we laugh at and things we despise. Both the homeless community and city workers and all of humanity are the same in this regard. The trick is to embrace this diversity and accept the other. Through accepting the other we accept a greater part of ourselves.

We have now, thanks to an awesome graphic design team, a homeless anonymous poet and great promotion through café art, facebook, ABC and the wentworth courier, hit our Kickstarter target! Calendars are being printed as we speak and you may already have seen the sneak preview on our website. The next week is going to be crazy – we are sending everyone’s calendar to arrive before Christmas, but as importantly we are returning all photos to the participants, spending more time with them, handing out the awards and getting feedback. We have donated 100 calendars to The Wayside Chapel for all the help they have provided us. They are desperately raising funds for a refurbishment that is being undertaken. We hope this helps them.

Want to get involved with us? We are looking to make this bigger and better next year. Anyone who works in media or PR please contact us. Also event management, people with links to other homeless charities in Sydney and those who just want to give a hand with design, putting up posters, handing out cameras and working with these beautiful souls who are just like us, realising the frailty of our security.