October 16, 2016
Ruth Goodwin
We handed out 95 disposable cameras to people affected by homelessness and the results left us all speechless 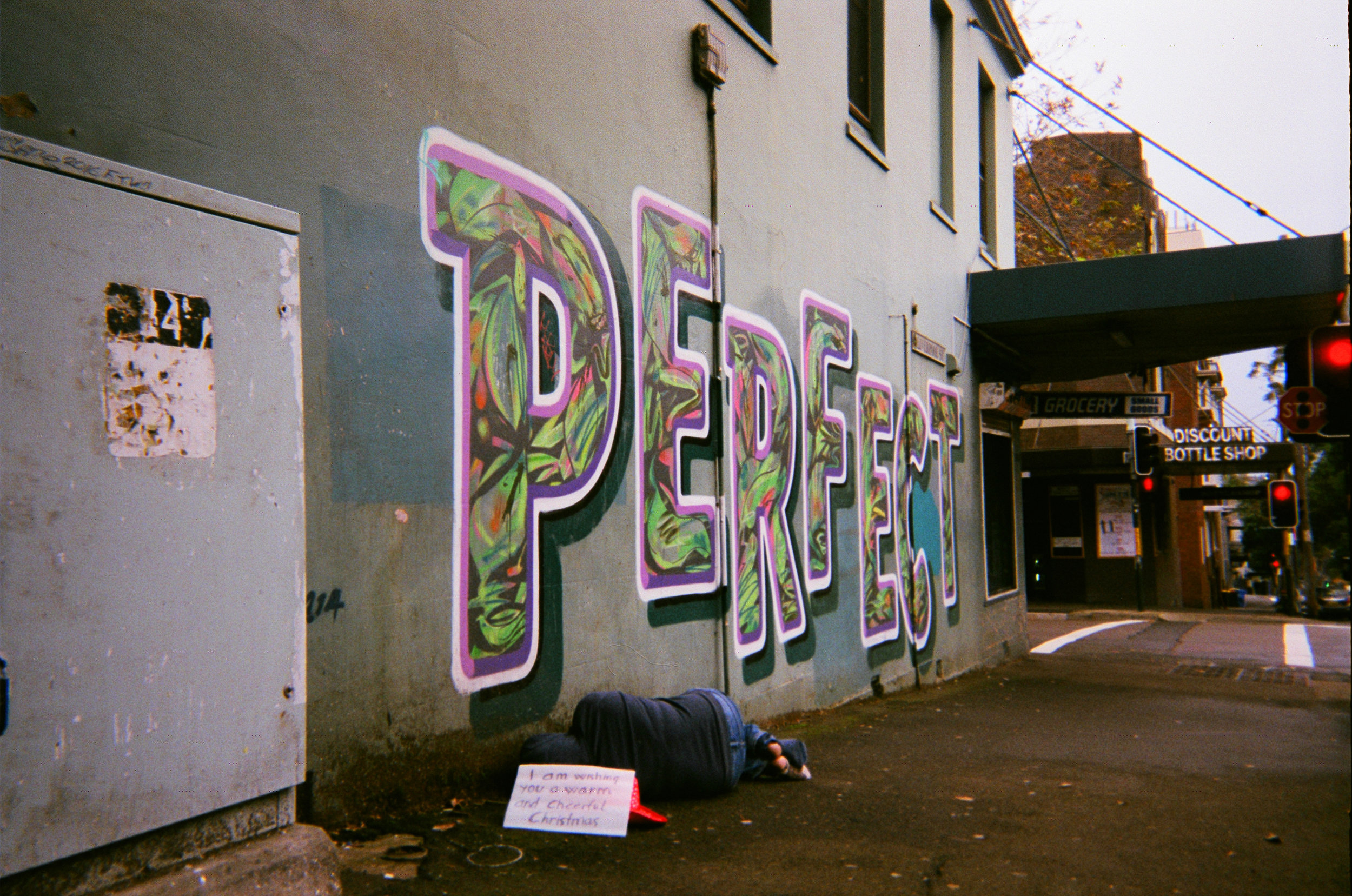 If you were to capture your experience of Sydney in one photo what would it be?

In July and August this year we handed out 95 disposable cameras to those affected by homelessness throughout the Sydney and Western Sydney region. The participants had a week to take pictures of themes important to them.

This is the second competition we have conducted, after running a project in 2015 including the first ever My Sydney calendar focussing on photography taken by those impacted by homelessness.

While last year’s project was heart-warming – we really valued the opportunity to connect to people of diverse backgrounds with great stories – this year we took it to the next level.

It has been quite a rollercoaster year. After receiving a donation in May from FujiFilm of 100 disposable cameras, we set about finding the events at which we could distribute them. We printed flyers, we enrolled to various events such as Sydney Homeless Connect, and, while casually having a coffee at Jet Bar Caffe I found myself talking to the owner who declared herself to care passionately about empowering those affected by homelessness. “You get the participants to return their cameras here” she told us “and we’ll sort out the coffees”.

We gathered 7 volunteers who worked hard throughout the day at a one day event, Sydney Homeless Connect, to give out the cameras to those impacted by homlessness with an interest in using their creativity for a week. Our team took each participant through the competition, spent time listening to them and explained how to sign consent forms and where to return the camera. It was a great day, but the heavy rain meant we weren’t able to attract as many participants as we’d hoped. We looked at the final tally and 45 cameras had been distributed.

While we were busy finding other events to hand out the remaining cameras, we received the first batch one sunny winter morning at Jet Bar Caffe. I was apprehensive – what if nobody turns up? But as the artists trickled in we began hearing their stories. One transgender lady shared how much abuse she had had to endure just that day. “All I want to be is accepted” she told me. Another lady who, through recovering from an abusive situation had found herself sleeping in a public toilet told us “your competition gave me confidence and now I have enrolled for an arts degree.” By the end of the day spontaneous groups of people had come and gone. They’d shared things with us, talked about the photos they took and why. They were often very open about how a wrong turn in life – an emotional event too hard to handle, a divorce or a death, abuse, had led them to be homeless.

They’d also shared with each other. It was refreshing, I was told, to be talking about something other than their predicament. I felt humbled.

The next few weeks were very crazy as we distributed the remaining cameras and they were returned in a similar fashion – at cafes with free coffee and good conversation. I found myself pitching at a food shelter where the participants were seriously tired and in a really challenging situation, but somehow a number of them were excited about the competition and became involved. I also had some mischievous kids at the Mission kids shelter in Paramatta try their hand at photography with the cameras. I was touched by how excited they were about a disposable camera.

After conducting the mammoth task of collecting all photos, printing them and then selecting a shortlist from over 1000 prints, we managed to assemble 4 Sydney based judges, including Sally McInerney, daughter of the late Olive Cotton. The judges would spend 3 hours looking through our photos before condensing these down to an agreed top 20. It was a contentious few hours hosted by Jet Caffe. We looked on as some of our favourites were overlooked as we were gradually shown some incredible photos we’d maybe missed, such as “contemplation”, an image obscured by smoke of a guy thinking by his tent in Redfern.

Following the judging we set about organising an exhibition and inviting all our friends and the media. The restaurant “Lentil As Anything” in Newtown were kind enough to provide us with their art rooms upstairs. We carefully framed all images and displayed these alongside stories from each participant – their life and why they took the photo they did. We also included all other participants, who we invited to select their top 3 images which featured on a collage.

The exhibition launch was a very moving event – see a time lapse of this here.

Our vision was to connect the participants of the competition to the wider public and allow them to showcase their work. “We’ve been waiting for this day for months” said one participant. “I can’t believe my photo is in a frame” said another, beaming at me, “it looks onderful.” Over 100 people came along and interacted with the artists. They voted on their top 3 images, and we are currently totalling up those up with other votes to determine which images will feature in our 2017 MySydney calendar.

I had barely slept the night before the exhibition and was flakey and tired throughout the day, but as I started to see how moved everybody was, and as the day wound up and we were sat enjoying dinner downstairs, our team and 4 artists talking about their lives, sharing down to earth moments, laughing, I realised how this has been worth all the effort we’ve put into it and more. It was sad having to say goodbye, realising we have brought some joy, some hope, and a distraction from the very challenging situations the artists find themselves in.

The next stage of the project is to produce our 2017 MySydney calendar, which, if you believe in the cause I implore you to purchase here. It is a great Christmas gift and every calendar sold connects more people to the art of these talented people. Each one raises our awareness that this could easily be us, that a string of bad luck could leave any one of us in this situation. But that these people show the courage to express themselves and the competition occasionally inspires people to make change, like the lady who is now studying an arts degree.

Thank for being part of this.